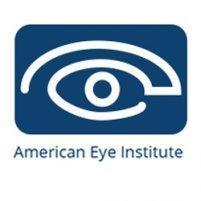 Botox, used to eliminate forehead frown lines and crow’s feet, is among the most popular medical aesthetic treatments worldwide. And who better than to trust procedures so close to your eyes, than the highly-trained physicians at American Eye Institute, located in the Beverly Grove neighborhood of Los Angeles? The practice’s doctors have provided safe and effective Botox treatments for patients throughout the greater Los Angeles area at their Cedars Sinai Medical Towers location.

Botox is among the most popular medically administered cosmetic treatments worldwide. Derived from the bacterium called Clostridium botulinum, it is a substance that is injected into the skin to erase the appearance of forehead frown lines, lines above the nose and lines around the eyes (crow’s feet). It works by temporarily paralyzing the muscles that make those lines, causing skin to remain smooth instead.

What does the procedure entail?

Botox is a simple office procedure that takes between 20 to 30 minutes. The needles used to inject Botox are extremely thin so pain is generally not an issues. However, patients with sensitive skin or a fear of needles can opt to have a numbing cream applied 30 minutes prior to their treatment. Results take about 24 to 48 hours to appear and last up to four months, at which point treatment can be repeated.

In the hands of the experienced physicians at American Eye Institute, Botox is extremely safe. Botox is actually among the most extensively studied physician-provided cosmetic treatments  ever. It has been reviewed in more than 400 medical journal articles, and has been extensively used cosmetically  in the United States, for more than a dozen years, with some 10.9 million vials sold for aesthetic treatments in the United States.

Who is a Good Candidate for Botox?

Botox is FDA approved for patients over age 18, and is suitable for most adults. Certain medical conditions may preclude the use of Botox. The doctors at American Eye Institute can discuss these conditions with you.

How can I avoid that frozen look?

We’ve all seen people whose Botox treatment looks unattractively unnatural. That isn’t because of the Botox, but rather the amount or method that was used. The doctors at the American Eye Institute are uniquely qualified in ocular and facial anatomy and expert in achieving the best results.

At American Eye Institute, we accept most major insurance plans. Here is a short-list of just some of the most popular plans we accept. Please contact our office if you do not see your insurance provider listed.

Words from our patients